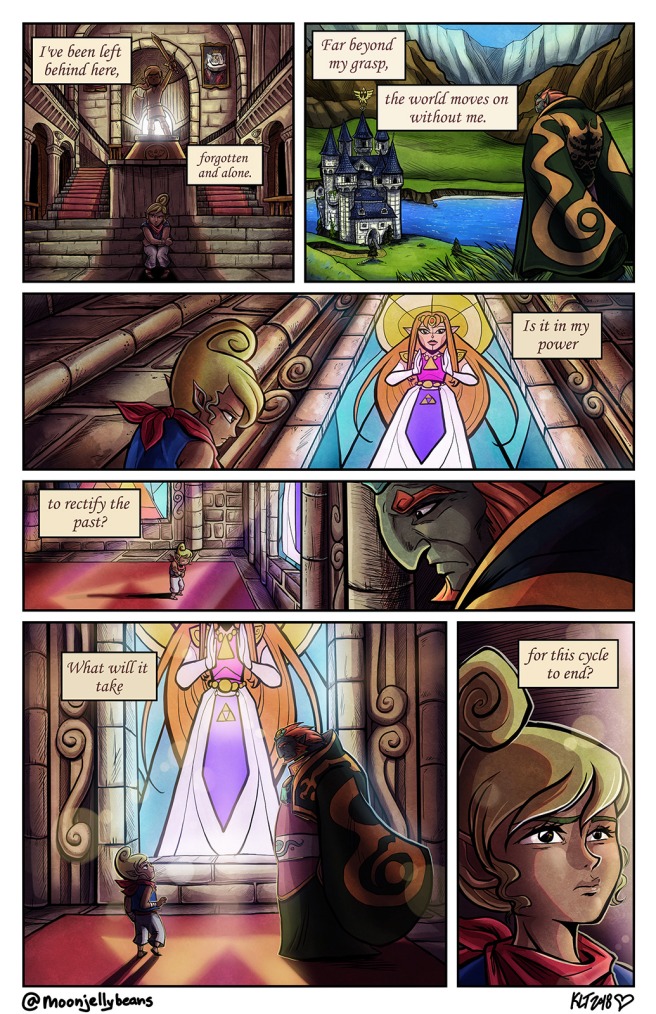 This comic was drawn by Moonjelly Creations (@moonjellybeans on Twitter) and written by me, Kathryn Hemmann (@kathrynthehuman on Twitter).

I’m really interested in the relationship between Ganondorf and Tetra in The Wind Waker. While Link’s journey is full of light and laughter and discovery and growth, both Tetra and Ganondorf are associated with some fairly dark themes. They’re also literally in the dark in Hyrule Castle, which has lain dormant for centuries under the Great Sea. The Gothic creepiness of this scenario is fascinating, and I love how both Tetra and Ganondorf are painfully human even as they represent mythical forces that are much larger than themselves.

Reader of books and player of games. College professor and pokémon trainer. Writes about Japanese fiction, media, gender, and society. https://kathrynhemmann.com/ View all posts by Kathryn